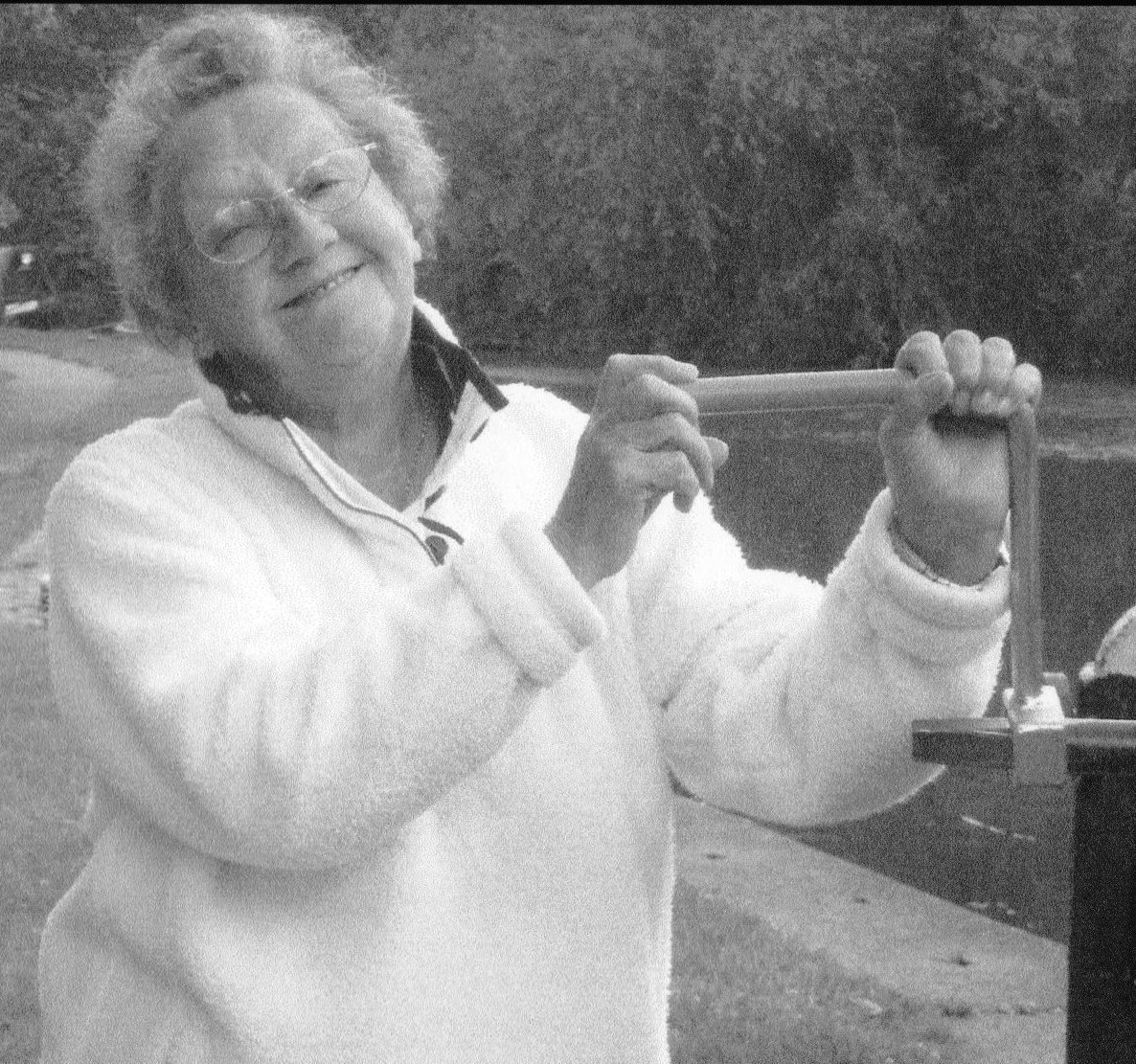 Midge Gough passed away on 8th April 2013 in Paignton. Her husband Geoff died a few years ago.

After visiting Sheepwash many times, Midge and Geoff moved here from Leamington Spa when they retired. They lived in Damson Cottage in South Street for over 35 years.

They played an important part of life in the village – for example, they were involved in the Air Days, and they brought Geoff’s big band down on several occasions. In particular, Midge became “resident granny” to many young children in the village!

They are sadly missed, and we will continue to have fond memories of them both.

Harry Lymath passed away on 23rd February 2013. He was 89 years old. He will be sadly missed by his family and his many friends in Sheepwash.

Harry came to live in Sheepwash with his wife Marjorie in 1968. He flew with the RAF during the 2nd World War, serving mainly in India with Bomber Command. He maintained his interest in aviation and used to host participants in the Sheepwash “fly-ins” which were featured in a Chronicle article in 2011.

Harry was a skilled precision engineer, but when he moved down to Sheepwash he did a variety of building jobs to get himself established. He began to focus on heating and plumbing and built up a successful business with David Moys – Lymath and Moys – which still operates from the village.

Harry was a keen and knowledgeable gardener and a long-standing member of the Petrockstowe Gardening Club. He was also a keen ballroom dancer, which he was able to practice on his annual holiday cruises.

When Harry and Marjorie came to live in Sheepwash they were made very welcome by all the village folk, as Harry called them. They were both very happy and enjoyed life here.

Thanks to everyone who came to the Crematorium and to the Village Hall afterwards, and thanks to Jenny Harris and her team for the tea. We were very pleased to see everyone and to remember Harry.

Many people in the village will miss Harry Lymath. He always greeted you with a smile on his face and a positive attitude.

For me, Harry was an example of someone who did his best to take life’s ups and downs in his stride. When Marjorie, his wife, passed away he told me that he had little idea about cooking his favourite foods. I offered to help, so we had some fun, teaching Harry to make pastry and sponge cakes while listening and singing along to the music from his extensive CD collection of old favourites.

The cooking “classes” went well until he was told that he was diabetic. He announced that he couldn’t go on learning to cook food that he couldn’t eat, so he bought some cookery books for diabetics and said that he would cook some of these dishes by himself. This didn’t go quite right as he took so much notice of his diabetic sugar levels whilst not eating enough. Luckily, Meals on Wheels, with their frozen diabetic ready meals, helped him to regain his strength.

He went on holidays, enjoying himself socialising with fellow travellers.

Harry was always generous and supported the Winsford Lunch Club at Halwill Junction with great commitment in memory of Marjorie, who was cared for by the staff at the now closed Winsford Cottage Hospital.

Tim and I will remember Harry with affection and fond memories.